The task of this study was to investigate the role of support friction in triaxial tests using the discrete element method. Spherical grains and elastic membrane around the cylindrical specimen were used. Parametric study was performed varying specimen size, aspect ratio and support friction (normal or reduced values). The conclusion was that the role of support friction is in the same order of magnitude as scatter due to random factors in the simulation (such as particle arrangement), in contrast to laboratory experiments. A likely cause for this outcome is are spherical grains which do not have any rolling friction, unlike irregular shapes of real soils.

The simulation presented here was done using the woo.pre.cylTriax.CylTriaxTest preprocessor. The results can be obtained by downloading

(adjust --job-threads according to how many cores you want to allocate for each simulation; or don’t specify for using one core per simulation) and waiting a few hours for simulations to finish will result in reports for individual simulations being created, and also the cyl-triax.batch.hdf5 file with aggregate results. Afterwards, run:

to produce graphs shown below.

This project was supported by a commercial contract. We honor the wish to not disclose the identity of the contractor.

Particle parameters were using usual values for stiffness and the \(k_T/k_N\) ratio, with internal friction angle \(\tan\phi=0.4\). This value was valid for inter-particle contacts, and for particle-membrane contacts. Supports had the same parameters as particles (stiffness), but their friction was reduced in to 4° in some simulations. Dimensions of the cylinder had varying aspect ratios; number of particles was around 5000 for all simulations, with the exception of the 1:1A one, which had approximately 14.000 particles. Membrane parameters were taken roughly from [ML81].

Density of particles was scaled in order to establish quasi-static conditions with reasonable amount of computation [TA98].

All the parameters are shown in the following; quantities marked with “†” are scaled for the purposes of the simulation.

Fig. 30 Prescribed and real PSD for the 2:1 simulation¶

Each simulation resulted in \(q/p(\eps_d)\) and \(\eps_v(\eps_d)\) curves. They compare simulations with every feature varied:

The simulation was done with either the usual number (a/b) or an increased number (A) of particles:

\(\phi\) was either 4° or 22° − those simulations were respectively denoted with a/A or B in their simulation title.

Fig. 36 All simulations with reduced friction − influence of specimen shape.¶

Fig. 37 All simulations with normal friction − influence of specimen shape.¶

The influence of reduced support friction seems to be negligible – it is of the same order of magnitude as scatter of simulation results shown in tab. Influence of the number of particles.

The most obvious explanation for this discrepancy between our simulations and experiments is the shape of particles.

A possible remedy for future simulations is to 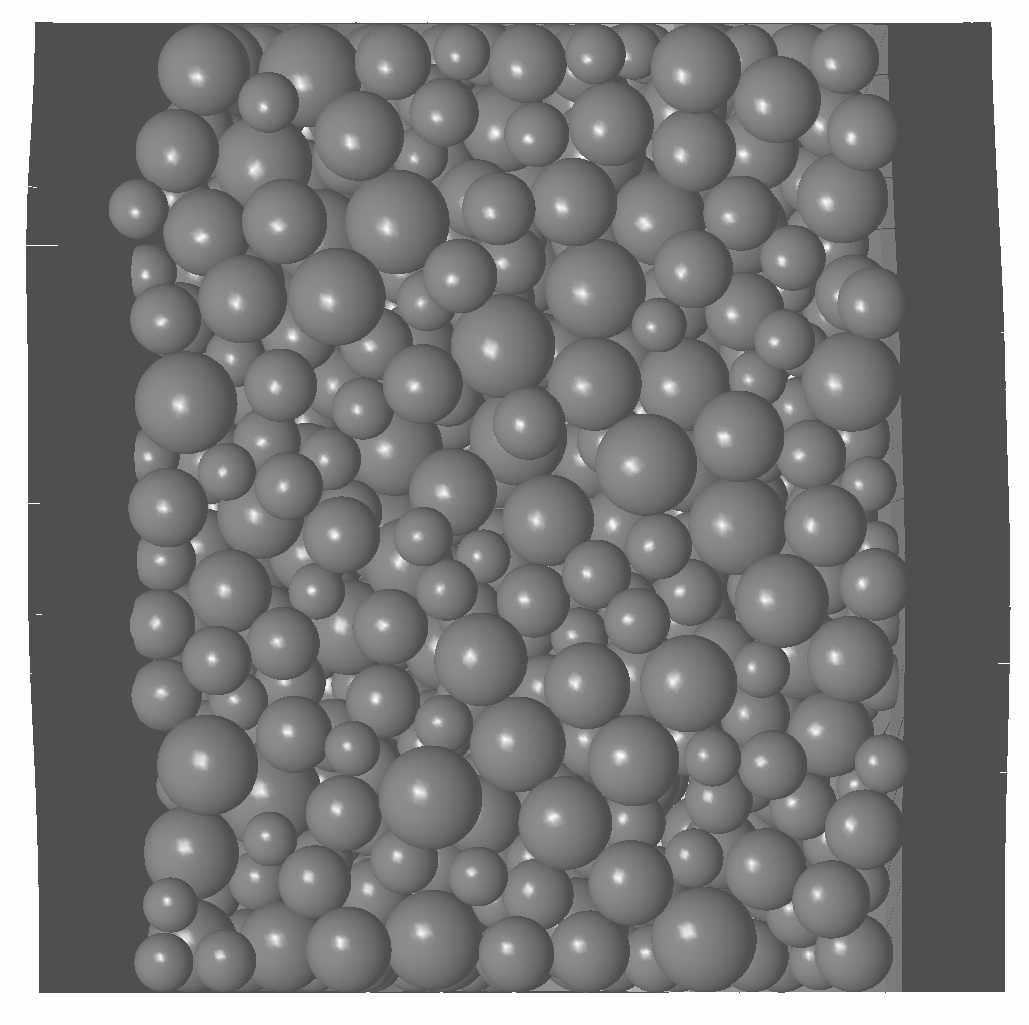 Fig. 40 Cut through the specimen mid-plane.¶ 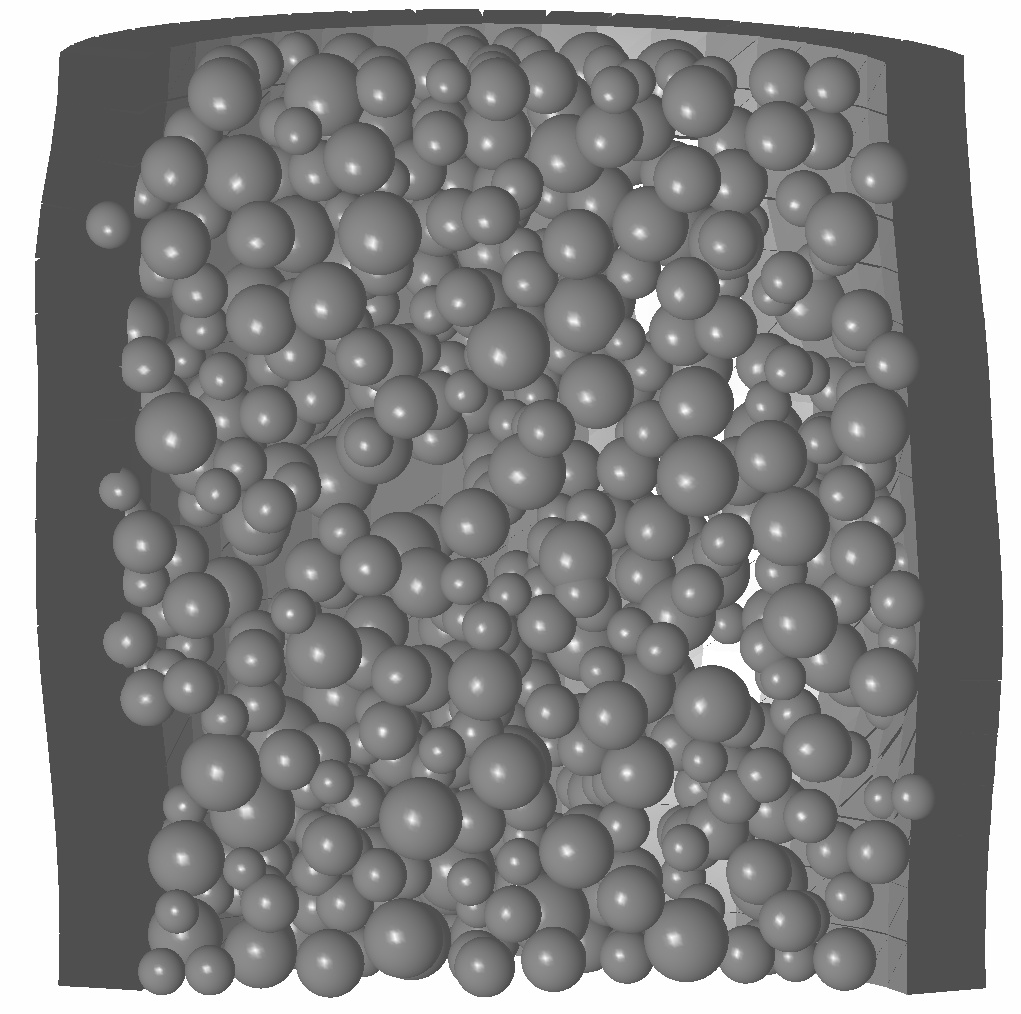 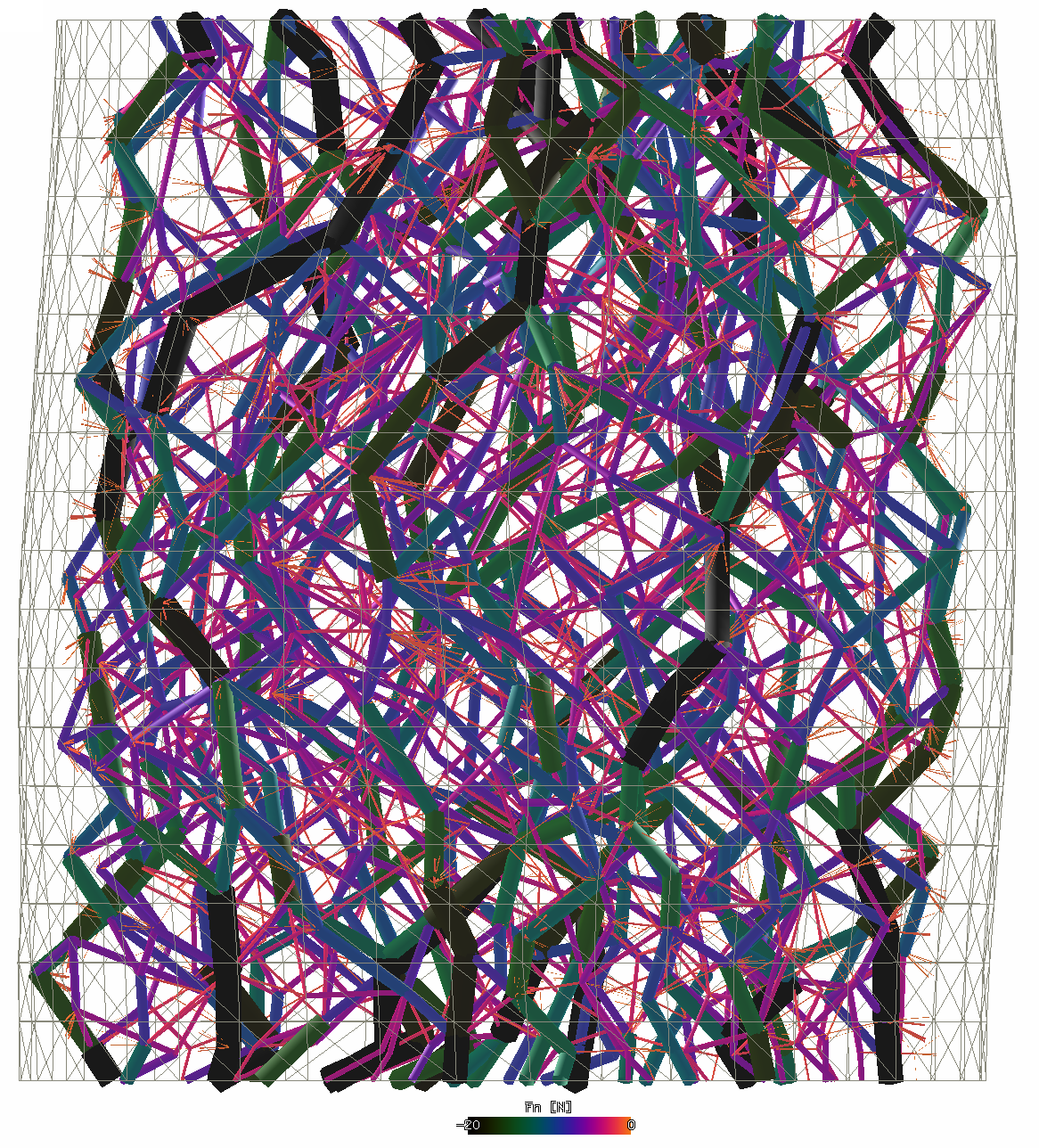 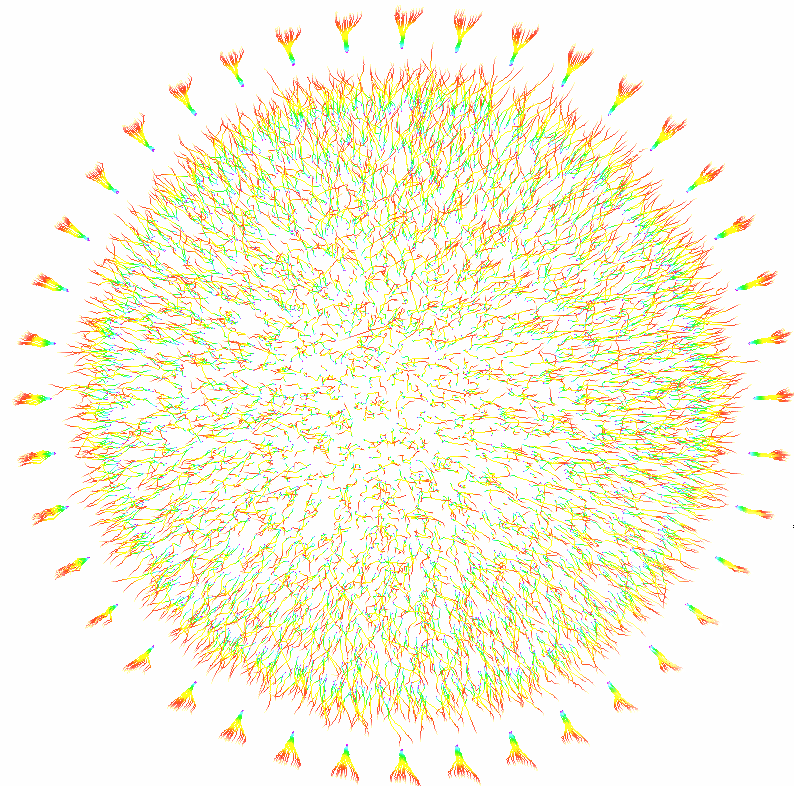 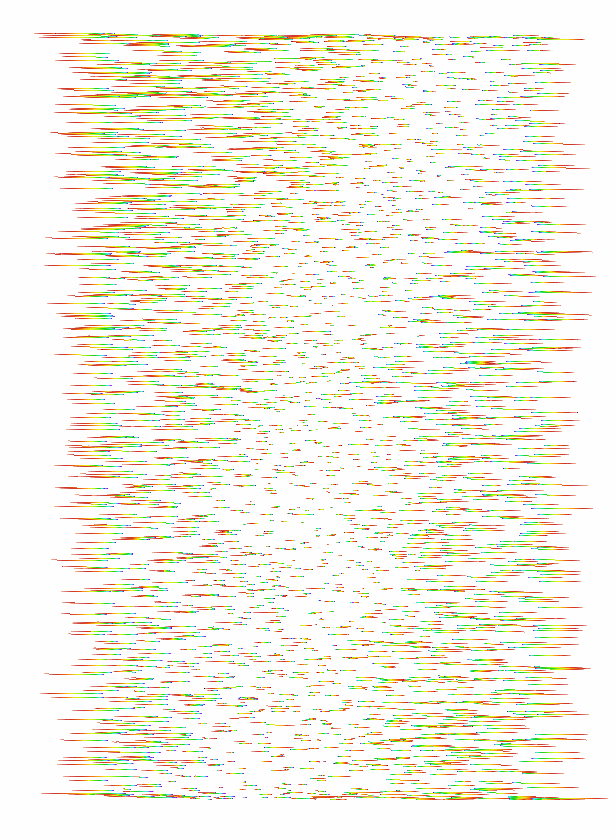 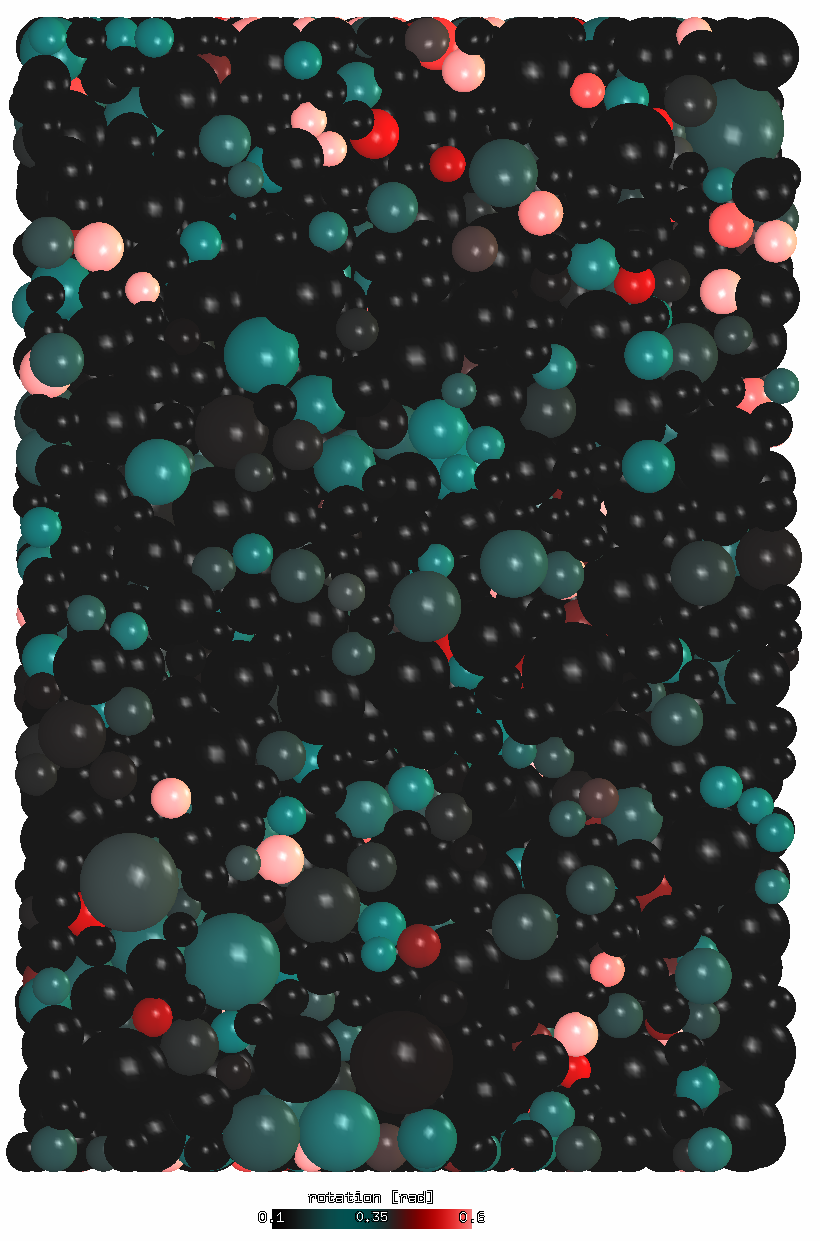